As an Eastcoaster, the minute Labor Day ends, you think summer is finished.  Your mind prepares for siege mentality against the onslaught of that horrible cold and wet.  “Winter is coming,” is the Stark family motto in Game of Thrones.  That sense of doom is, of course, ridiculous if you’re living in Southern California.  We’ll get a light dip in temperature somewhere at the beginning of December, and it will rain a bit, maybe a total of twenty days between then and the end for February.  Winter will never really come. 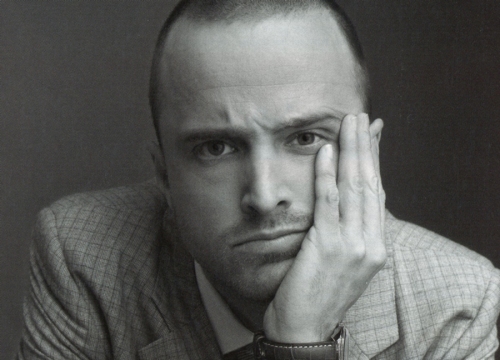 The LA equivalent of the February Blues, which make the winter-weary on the East Coast and in Europe suicidal with ‘seasonal affective disorder’ (an ailment invented by pharmaceutical companies if there ever was one, just as Valentines Day was conjured by Hallmark), is something called June Gloom, when this city is overcast until it burns off at midday.  I heard one buxom bunny say to another while they were heading into pilates class earlier this summer, “I’m just so totally bummed this morning.  Must be, like, June Gloom or something.”  Then it burns off by, like, 1 p.m., along with your death wish, and there’s just nothing left to be unhappy about.  La-la-la.

The one drawback about living here, and there is only one, is the clothes.  You don’t get to wear them, or not many of them.  I don’t get to storm down a concrete avenue in heavy Yohji boots and a jacket that makes me feel like Robocob.  A friend of mine who ran into me on the street in London when I was dressed in my sturdiest fashion plate once remarked, “You walk like you own the world.”

In LA, I’m in baggy shorts and, like, flip flops, unless I’m on my way to the gym, in which case I’m in sneakers.

Sunlight, a meth head's biggest nightmare, as seen through the entrance of the Spotlight Bar.

I was at a gay hipster rooftop barbeque downtown for Labor Day, and some of the party were heading on to the closing of the Spotlight, the oldest gay bar in LA and by far its skankiest.  It’s an institution.  Smack in the middle of the Hollywood entertainment district, over the past few decades
the Spotlight has, thanks to the rise of gay ghettos like West Hollywood followed by Silverlake, become the mother of dive bars.  There are plenty of grungy bars in New York, but none have quite the same atmosphere as the Spotlight.  It’s like Jean Genet directing an existential Western with a single saloon scene that never ends, in a dusty, sun-drenched town named Despair.

One portion of the regulars at the as-of-today defunct Spotlight were deluded young actors and musicians from the Flyovers who drifted into town on a vague dream and never made it more than a few blocks from the Greyhound bus station before they fell on hard drugs and turned to prostitution.  The other portion was the gnarly trolls who patronized these young desperados.  And there was always a smattering of normal Gheys who were sightseeing, like the guys at the rooftop barbeque I was at, because the Spotlight really was a sight to be seen. 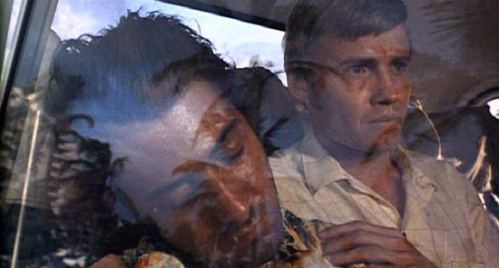 Way before "Brokeback Mountain" there was "Midnight Cowboy," starring Dustin Hoffman and Jon Voight, as a tuberculoid bum and his male hustler friend respectively.

The last time I was at the Spotlight was earlier this year.  Not having a television, I went there for the only occasion I ever need a TV: the Oscars.  I lived four blocks away, and that was certainly more interesting that watching it at the straight sports bar next door; have to keep the pink dollar pink!  To make it even more bizarre, I was in one of my Puritan Phases (I’m in one right now, in fact), during which I dust off my halo, don’t drink and give my lungs a rest from the cigs.  It was definitely the most surreal Oscars I have ever watched, amidst a scattering of male crack hos and toothless bar flies in the middle of Hollywood with the ceremony itself taking place less than a mile away up the street.  The delirious commentaries alone, like the opinions of schizos from another planet who felt they were somehow insiders because of where we were sitting, were worthy of being recorded and remixed as electronica samples.

Of course, all conversations about the Spotlight must invariably lead to crystal meth, which in turn led the barbequing hipsters to bring up the AMC show Breaking Bad, now in its fourth season, which I got caught up on myself last week.  The Daily Beast ran an oddly moving article a month or so ago written by a former meth cook about how realistic the show is, and how harrowing that reality is.  I don’t doubt it.

What I appreciate most is the writing, the sturdy direction and the performances.  It took me a while to buy into the lead Bryan Cranston’s over-the-top histrionics, his mad dog glowering, and Aaron Paul’s monotonous hoarse demi-yell was also slightly grating.  Now I’m used to Cranston and his performance makes sense: an aging brainiac geek infused with fear and anger to perpetual breaking point.  And Aaron Paul has somehow reined in his performance to make it more layered and quietly intense rather than so in-your-face you want to change the channel.

Breaking Bad is great TV, like Mad Men, Weeds, and The Big C.  By comparison, True Blood is just campy nonsense, but that’s for another post.

One of myriad Gheys in "True Blood" doing his thing: being over the top.

Another Labor Day event, and one which I so far can only dream of one day experiencing, is the Telluride Film Festival.  In my opinion, this is the queen of festivals, the only one I would ever want to get into.  Marlow Stern had a glowing paean to his experience there in The Daily Beast today.

I’ve submitted a couple of short films for entry into Telluride, but it was only a lark.  It is more difficult to be accepted there than any other festival in the world (read Stern’s article for the full details why).  I think of it as the Harvard of film festivals, except it would appear to be run out of Dartmouth College. There is no competition, no awards are handed out, because just getting in is enough; you have won an astounding victory, and have been presented a laurel by the grand arbiters of great English-language cinema.

The reason I think it is run by Dartmouth is because that’s where I have sent my work for submission.  You send in your film care of the film department to either Moe, Larry or Curly—the names of the Three Stooges—depending on whether you’re submitting a feature, a short or a documentary.  Right there is a taste of the difference between Telluride and something so grandly self-important as Sundance or Cannes.  It’s self-deprecating.  It’s Dartmouth.  It’s a tiny, subtly well-heeled town in Colorado with great skiing during the winter and unpretentious facilities.  It is, for want of a better word, my kind of classy. 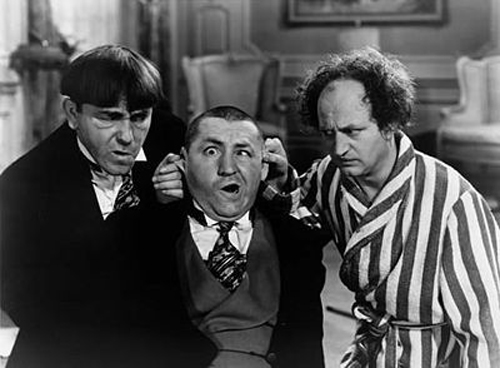 We all think of festival programers this way, but at least at Telluride they know it.

A few summers ago, Jonathan Kemp and I were out in Colorado for my brother’s wedding in Denver, after which we tooled around the Southwest.  We drove from Denver to New Mexico, up through Arizona and Utah and back over into Colorado via Telluride, which was a bit of a detour, but I had to make the pilgrimage.  Along the way, Jonathan, who doesn’t drive, read me Jonathan Frazen’s The Corrections in that lovely sonorous voice of his.  Since then I have quipped that if I ever wrote a similar book about my family, fictionalized of course, it would need to be called The Resentments.

Like many ski resorts in Colorado, Telluride is a former silver mining town, nestled in a V of the Rockies like a clitoris in a vagina.  That’s the first thing I thought when we rounded the bend in the rain and Jonathan stopped reading: “Why, it’s one huge vag.”  Seeing as as a film of mine had been rejected that year, you would have thought I would have sniffed and followed that up with, “Perfect place for a bunch of cunts.”  But you can never have resentment towards Telluride.  They show so few films, and I’m not there yet with my work, and I know it.

The town is Charming, capital C, and swarming with big blond jocky Americans who could compose a coherent sentence with the word “schadenfreude,” so I was in heaven.  The hotel we stayed in was unfortunately about as charming as a dorm room at a graduate school, but that’s the drawback of visiting ski resorts in the summer: the facilities are too wintery, too insulated and practical.

A Cannes festival programmer once said to me when we were negotiating the possibility, which never happened, that my film would be selected for one of the sidebars.  “On est très sélectif,” she said.  (“One is very selective.”)

“Moi aussi,” I instantly shot back.

Indeed, I am selective, too.  If I never go back to Cannes again in my life for whatever reason, I won’t regret it.  But to have a film at Telluride, and to be able to sit back and watch other films without the bedlam and papp flashing and the ego meringue mess of most major festivals, is a goal I intend to attain, or die trying.

6 responses to “My Mecca”