Yahoo! Can It Be Now?

I had a speech prepared about why I’m breaking up with you, but I’ll just let these They Might Be Giants lyrics do the talking for me: This is where the party ends. I can’t stand here listening to you… and your racist friend(s).

They Might Be Giants, putting my thoughts to music since 1986.

Something about the silver medalist appeals to me. I like Yahoo! better than Google. I like Pepsi better than Coke. If I ate at fast food joints, I’d probably like Burger King better than McDonald’s. But Yahoo! is fast becoming that self-destructive friend who pushes people away at the same time she cries about being lonely. She’s kinda pretty and has a lot to offer, but, frankly, she has fallen in with a really bad crowd.

When Barrack Obama took office in 2009, I wasn’t surprised that racist comments began to follow their accompanying news articles. I don’t believe in censorship and, even if Yahoo! blocked such responses, people will still think what they think. But just like Mitt Romney and Newt Gingrich are chasing votes from unsavory characters they’d avoid like mustard gas if not for the primary campaign, Yahoo! has been chasing unpleasant clicks of late from their most loyal user, the white racist. Which means me and Yahoo! can’t be friends anymore. 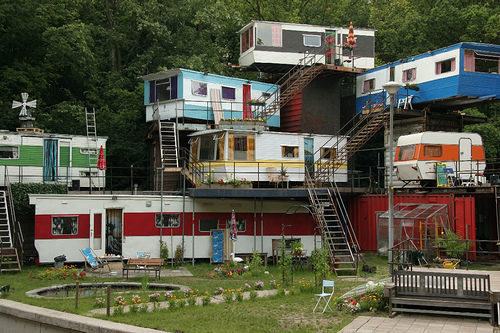 I’m going to go ahead and say white racists are more likely to self-identify as Conservative Christian than us more enlightened crackers.* You may accuse me of stereotyping, but if you can show me some data that paints a different picture, I’m quite eager to see it. My assertion is based on good, old empirical evidence. Read the replies from Yahoo! users for a while and you might draw the same conclusion.

Such comments following each Yahoo! article about the President number in the thousands and typically say something akin to “Send the MUSLIM back to the plantation in Kenya” or worse. And about every three-hundredth comment comes from a tinfoil hat-wearing clown and claims that those racist messages are planted by former ACORN staffers trying to make conservatives look bad. Yuh-huh.

So, as I said, Yahoo! values clicks above all else and panders to this crowd by frontloading the news pages with articles sure to draw venom. Last week, they ran an AP story claiming that one in twelve marriages in the United States can be classified as “interracial.” If you ever want to see the ugly side of humanity, check out the user comments that followed. “Blacks are a subspecies of the white man” showed up a number of times. “Racial impurity is destroying this once great country” was another motif. Obviously, a demonstration of science facts will not sway the simpleminded, nor will pointing out that, as white people go, they are actually genetic backwash diluting our gene pool.

Not that I think about it when living my life, but I’m on the “one” side of that “one in twelve” interracial-marriage statistic. I’m not offended by ignorant comments because I don’t care what people think of me, and I certainly don’t view my wife as belonging to a different “race.” She’s my woman, and I’m her man. It’s that simple. If I want to destroy this country, as some Yahoo! users claim, it’s just so that it can be rebuilt as a place where no one cares about minimal and superficial genetic variance. After all, skin color is determined by as few as five genes of the nearly twenty-five thousand that make up the human genome. I’m not a scientist, but I suspect I am at least as genetically similar to a black man as I am to a white woman outside of my family.

Yahoo! further feeds these crocodiles with headlines like “New discovery has scientists doubting theory of evolution.” Said article discussed the bones of prehistoric whales recently discovered in a mountainous region of Canada… where many prehistoric sea animal bones are discovered, as the aforementioned mountains were once under water. No quotes from scientists doubting evolution appeared in the article (rather, the data further confirmed it), yet the comments that followed were predictably oblivious to that point. Because no evolution means humanity did not spring from Africa, right? We are not discussing the website for a neo-NAZI organization here; we’re talking about the second-most popular ISP/search engine in America.

In a post-racial future, women are turned on by guys in togas.

TV’s first interracial kiss took place in 1968 on an episode of Star Trek, when Captain Kirk was forced by mind-controlling aliens to make out with Lt. Uhura. The story goes that William Shatner and Nichelle Nichols asked, “Why do they have to be forced? They are attracted to each other.” The producers, though, were skittish about audience reaction, thinking America was not ready for an interracial kiss in which the participants experienced pleasure.

That was over 40 years ago. There have been many interracial kisses on TV since then, and none of them brought about Armageddon. Furthermore, I’m sure the majority of Americans are not like Yahoo’s loyal readers. Interracial marriage, once illegal, is bordering on commonplace. Gay marriage will be the law of the land within ten to fifteen years. The noise from the radical right is a desperate, last-minute flail, not a viable counterattack. Since America’s founding, people who fought against equality have always been on the wrong side of history. 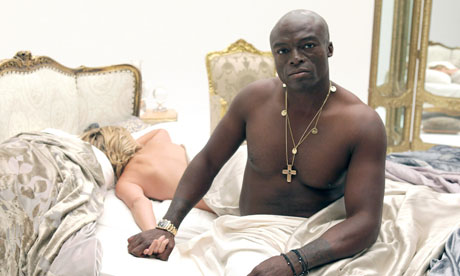 Love is more than skin deep. Wait, what? They broke up? Aw, shit.

Yahoo’s biggest problem, other than their whack-job user base scaring away normal people like me, is that they can’t figure out how to make money. But I promise them that going down with the sinking ship has never earned anyone a dime. In other words, stop generating content to lure Neanderthals. They’re extinct.

Tagged as Interracial marriage, Racism, They Might Be Giants, Yahoo!