Will the Real Marcus Nispel Please Stand Up?

My career as a child actor reached its pinnacle in 1979 when I was cast as the lead in a now-lost alien invasion film. The role of “random kid with bad 70’s hair” did not have dialog, but I was totally in character as a dazed preteen with no bleeding idea what was happening around him (I put a lot of method-style research into it). The fact that my dad was the director had nothing to do with me landing the part.

Jessica Biel and her body, for no good reason other than she is mentioned later.

I could write a book about the weirdness of my father, but no one can deny his creativity. During the course of the week-long shoot, he ran around with his 8mm camera, tripod, and a single flood light filming cloudbursts and street lamps and telling me to run down this hallway and crawl through that passageway. One night we were in an unused conference room at the local YMCA. I recall him placing a toy spaceship atop a black candleholder, using the beam from a slide projector to illuminate the ship, setting the camera about 25 feet away, and turning off the overhead lights. As that noisy little 8mm whirred in the dark, I wondered what the hell Dad was doing.

END_OF_DOCUMENT_TOKEN_TO_BE_REPLACED 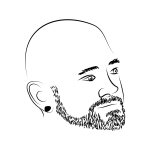 In the fourth book of the Game of Thrones series, the reluctant tomboy exile Arya Stark of Winterfell arrives in the free city of Braavos, described as a cross between Venice in its heyday as a Republic and ancient Rhodes: a colossus statue-fort called the Titan straddles the entrance to a lagoon city built on a hundred islands.  The citizens are distinctly Italianesque in their suave charm and balletic swords skills. 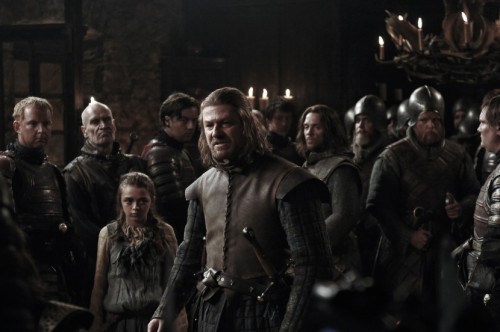 A little girl lost amongst wolves. Maisie Williams as Arya Stark with her father, Eddard.

Arya has already spent the past four years, since she was eight, and over three thousand pages, being buffeted about in a series of extraordinary and gruesome circumstances, which no child should ever be subjected to.  But hers is an eternally medieval world; even though she is one of the heirs to a powerful feudal kingdom, she has had more bad luck than an urchin born in the slums of Mumbai.

END_OF_DOCUMENT_TOKEN_TO_BE_REPLACED

I Dream Of Blogging

I don’t know if other blogueurs do this, but I dream sometimes about my daily post, and I’m so utterly convinced it’s what I should write about that I sit up in bed and try to make myself remember.  More than a couple of posts so far have been written in the middle of the night with a pen and a notebook by my side. 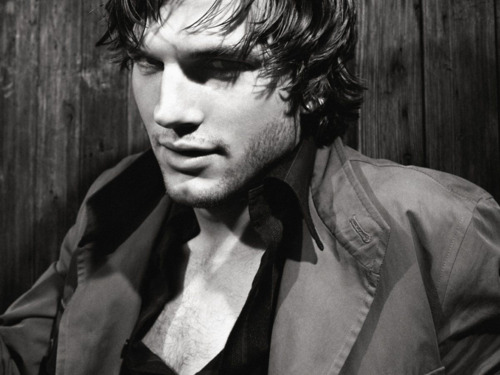 I know that last night I dreamed about director Marcus Nispel, I guy I wrote for and developed films with for a couple of years at the turn of this century.  I dreamed I should blog about Marcus and commercials, and the whole thing was brilliant when I was dreaming about it, except not having kept paper and pen by my bed I don’t remember how to reconstruct that brilliance.  END_OF_DOCUMENT_TOKEN_TO_BE_REPLACED