The Long-Lasting Flavor… of Death!

I can answer the tough questions. Why are you against the death penalty? – Because a government should never be powerful enough to systematically execute its own citizens, because you can’t unkill a wrongly accused man, and because it’s revenge rather than justice. Why don’t you believe in god? – I haven’t started my atheist manifesto yet, but, trust me, it’s going to kick ass. Why do you think petite brunettes with long straight hair are sexy? – Because they are.

So how is it that the simple questions are so hard? For example, why do I love trash horror movies? And, more importantly, why does this Final Destination 5 logo look so much like a 5 gum wrapper? 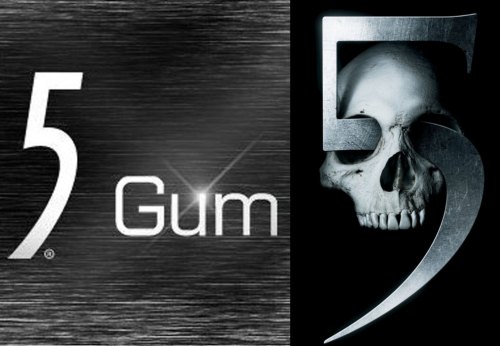 Yes, we are leading with images of a chewing gum wrapper and a poster for a B horror film. It's that time of the week again, and we can't sneak a shirtless man in edgewise.

Perhaps it’s not fair to imply that the Final Destination flicks are trash cinema. After all, episodes 2 and 4 were directed by no less than David Ellis, the man who swept the 2006 Oscars with his masterpiece, Snakes on a Plane. And just because the previous Final Destination film was boring and terrible and featured bland characters, cheap CG, and even shittier 3D, it doesn’t mean it was bad.